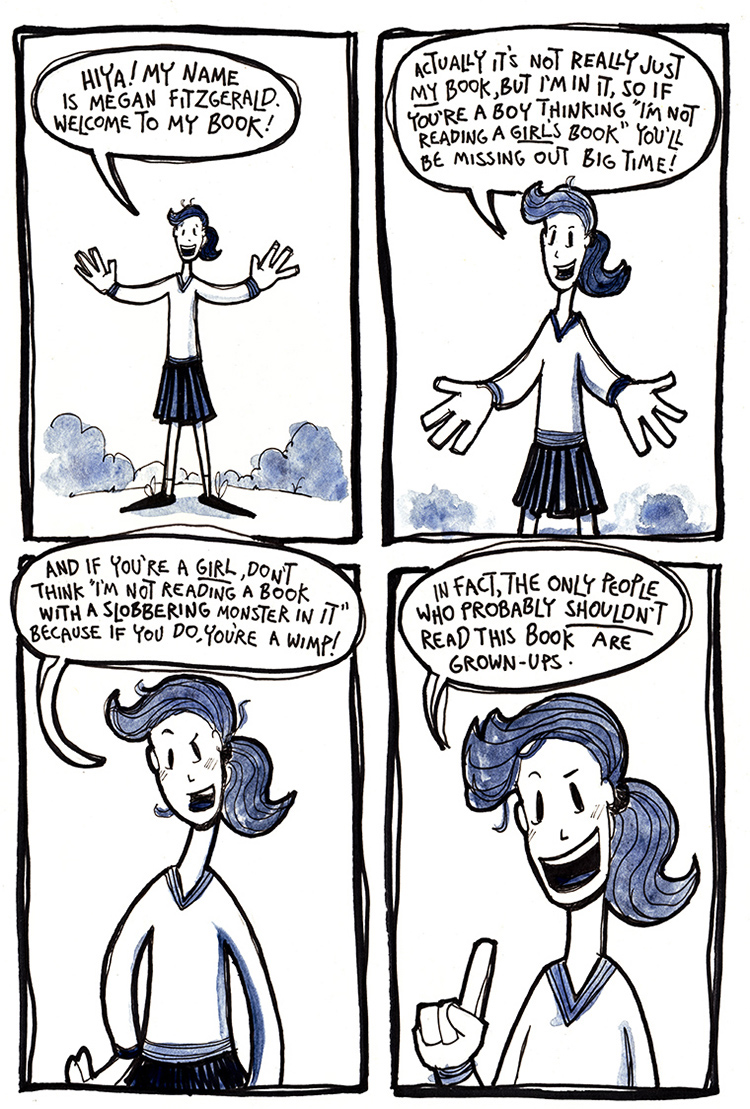 In 2006 I wrote The Lair Up There. It was the first official graphic novel (i.e. comic book) I'd written since primary school. Before this all my illustrations were done purely to support the written stuff. I held the (false?) notion if I included complete artwork with my submissions to publishers, I stood a better chance of getting a "yes." I simply refused to see it was really my scribbly little pictures people liked, and not my beautifully crafted prose.

Indeed, 2006 was the year I finally accepted 10 year old Josh was much cleverer than adult-Josh, and so this story is a first return to form. The word balloons are a bit too wordy, but it's still a pretty serviceable effort. Being naturally a fan of Roald Dahl, I was inspired by Charlie and the Chocolate Factory to write a caustic little morality tale of my own. Not one to straighten out wayward kiddies though, more a kick in the pants to their parents. Perhaps it's too heavy-handed? I dunno. I liked it then, and it's still kinda awesome today.